We have started a series of articles to look at some of the TRM ambassadors that are on the count down to representing their respective nations in the XXXII Olympiad due to be held in city of Tokyo between the 23rd July to 8th August.

The FEI database states that Cian has 76 wins at FEI level, however it is his ‘Team’ record that is of particular note. O’Connor is a team player and takes huge pride in wearing the Tri colour since his first appearance in a Nations Cup for Ireland at the age of 19, Cian has gone on to achieve a remarkable record on the Irish team, with over 130 appearances to date under his country’s flag. Cian does not chase world ranking points; his passion lies with representing Ireland and Olympic glory is high on his agenda.

Regularly put as anchor man by various Team Ireland Chief D’equipes it is his execution of clear rounds under intense pressure that is the hallmark of many memorable days for Irish equestrianism. 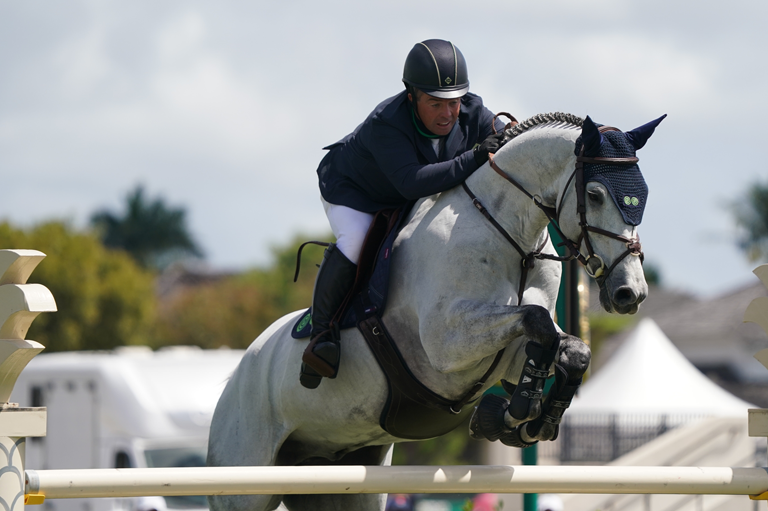 No stranger to the winner’s podium, winning at Championships when he gets the chance, is what Cian is good at. Riding in his second Olympics in London in 2012 O’Connor and the bay, gelding, Blue Loyd pulled out all the stops to secure what is still Irelands only Olympic medal to date and took home the Individual Bronze medal. Continuously sourcing and producing horses that are capable of winning at the very highest level globally is what Cian does best.

O’Connor was a member of the winning Irish team at the European Show Jumping Championships in 2017, after a 16-year absence from the podium by Ireland.

He also took an individual bronze medal at these championships in Gothenburg.

Cian is married to Ruth and they have two children, Ben and Cara. He competes at the very top level of international Showjumping across the globe. Known for his rigorous planning and attention to detail, Cian and his Karlswood team spend a considerable part of the year traveling the globe. Between competing at the world’s top shows as well as guiding the careers of a talented roster of dedicated clients whom he also coaches, the future is bright for the Karlswood team.

"Success is reward for effort. There's no voodoo psychology involved. It's not going to happen unless you make it happen.” (cianoconnor.com, 01 Mar 2018)

Cian has been nominated for selection by Irish team manager Michael Blake and is ready to Take on Tokyo and bring home the Olympic Gold on his mount ‘Kilkenny’ an Irish bred, grey gelding. Along with team-mates – Bertram Allen, Darragh Kenny and Shane Sweetnam Ireland have never had such a strong representation at Olympic level.

“In Kilkenny I believe that I have a once-in-lifetime Irish bred horse who has progressed rapidly since we teamed up late last year. I’m extremely grateful to his owner Susan Magnier for supporting my quest for Olympic success.” (Facebook, 21/6/21)

TRM are the official feed supplement providers to Team Ireland equestrian across all Olympic disciplines and will support all the Equine athletes traveling to Tokyo next month.

“My horses compete internationally year-round. To ensure their nutritional requirements are met, I rely on TRM products.” 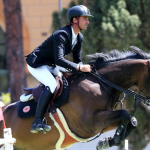 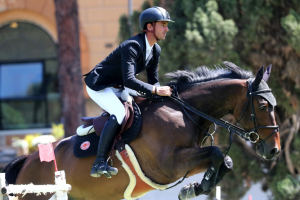