Horse Sport Ireland, the governing body for equestrian sport in Ireland, today (Thursday) hosted a medal reception at Druids Glen Hotel and Golf Resort in County Wicklow, to honour the outstanding sporting achievements of Irish equestrian athletes this year. TRM were honoured to be a part of the event as Team Ireland Equestrian official supplement provider. 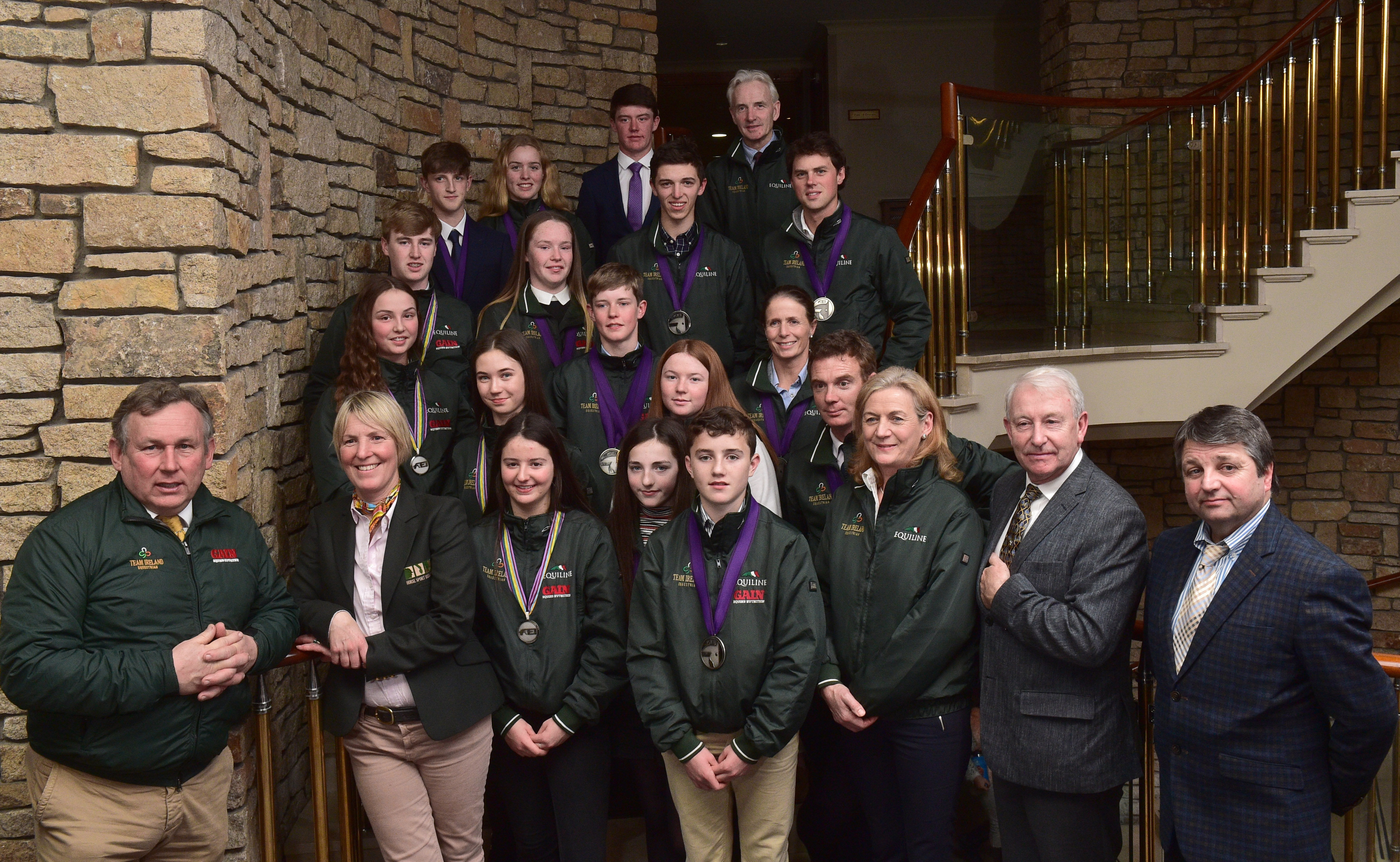 During the last 12 months, Irish equestrian athletes have won an incredible 12 World and European Championship medals at Senior and Youth level.

In September the Irish Eventing team made history – winning the World Championship silver medal and an individual silver medal at the 2018 World Equestrian Games in Tryon, North Carolina in the USA and in the process gained Olympic qualification for Tokyo 2020. 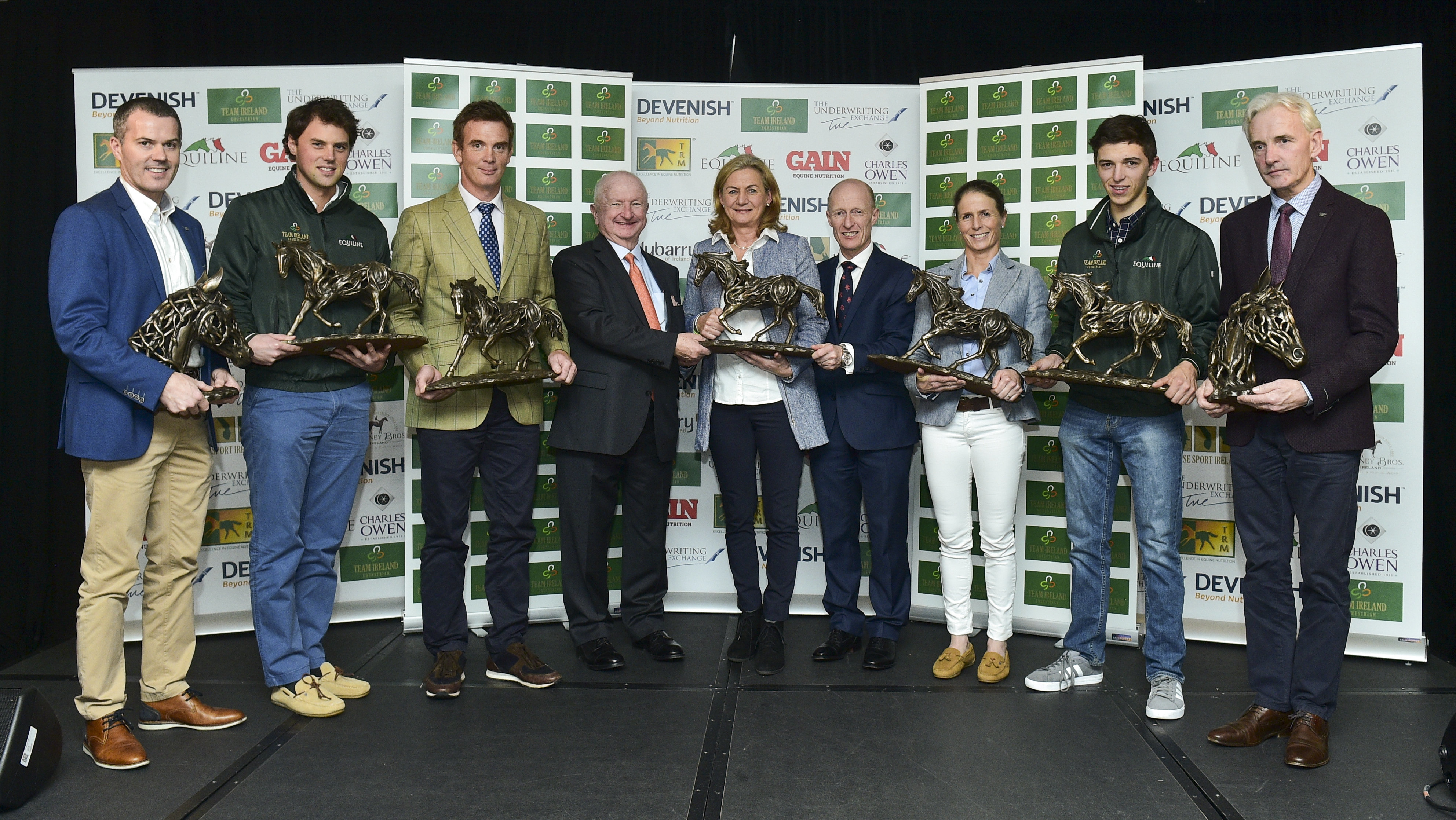 Each of the Irish silver medal winning Eventing team were presented with specially commissioned trophies at the HSI medal reception while gifts were also given to the owners of the Irish WEG team horses. 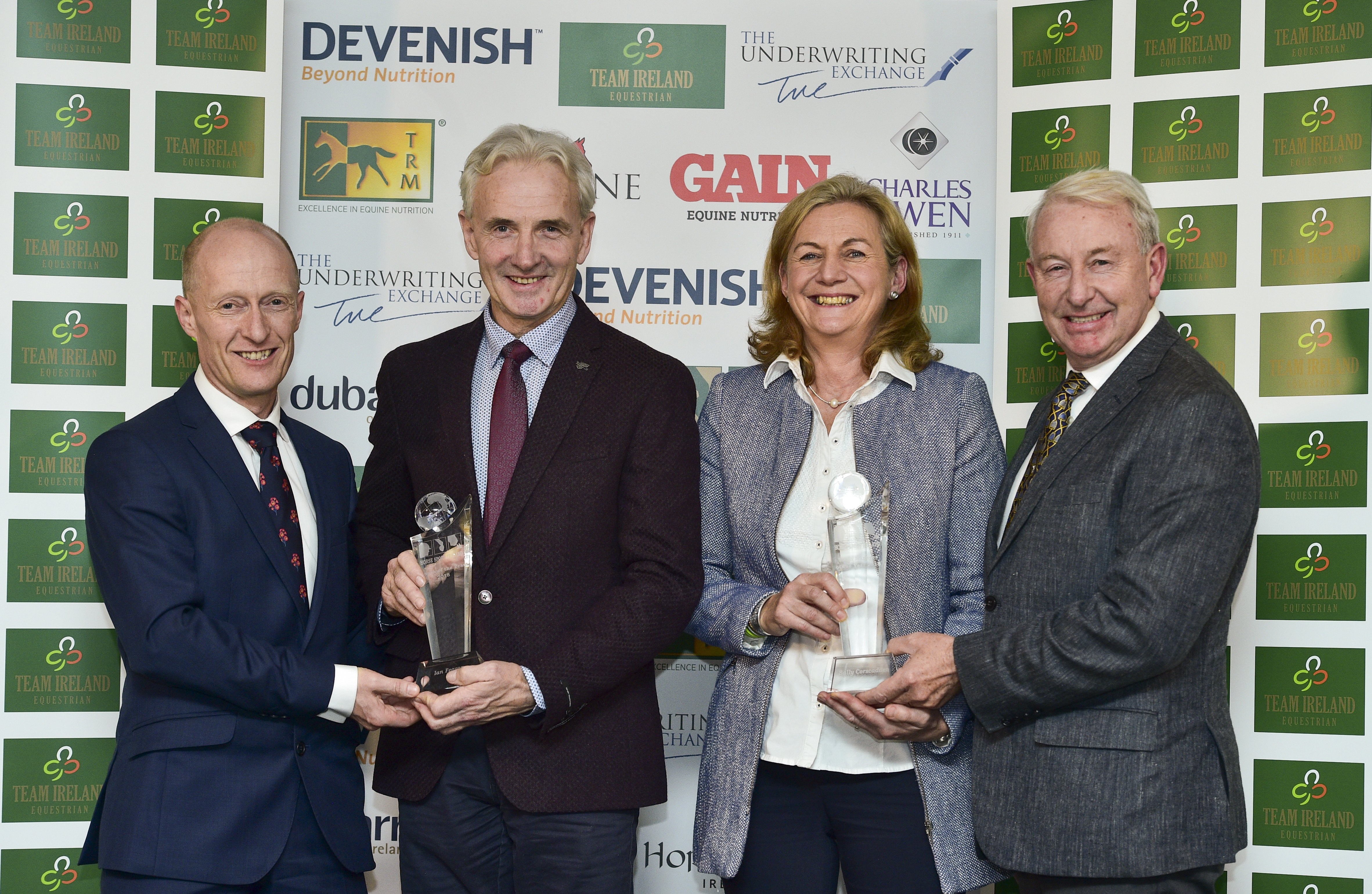 It was also a memorable year for Irish Show Jumping, as Irish horses and riders claimed gold, silver and bronze medals at the World Championships for Young Horses at Lanaken in Belgium.
Sligo’s Richard Howley and The Irish Sport Horse Uppercourt Cappucino took the gold, with silver going to Darragh Ryan with CSF Sir George (ISH) and bronze to Mikey Pender with HHS Vancouver (ISH). 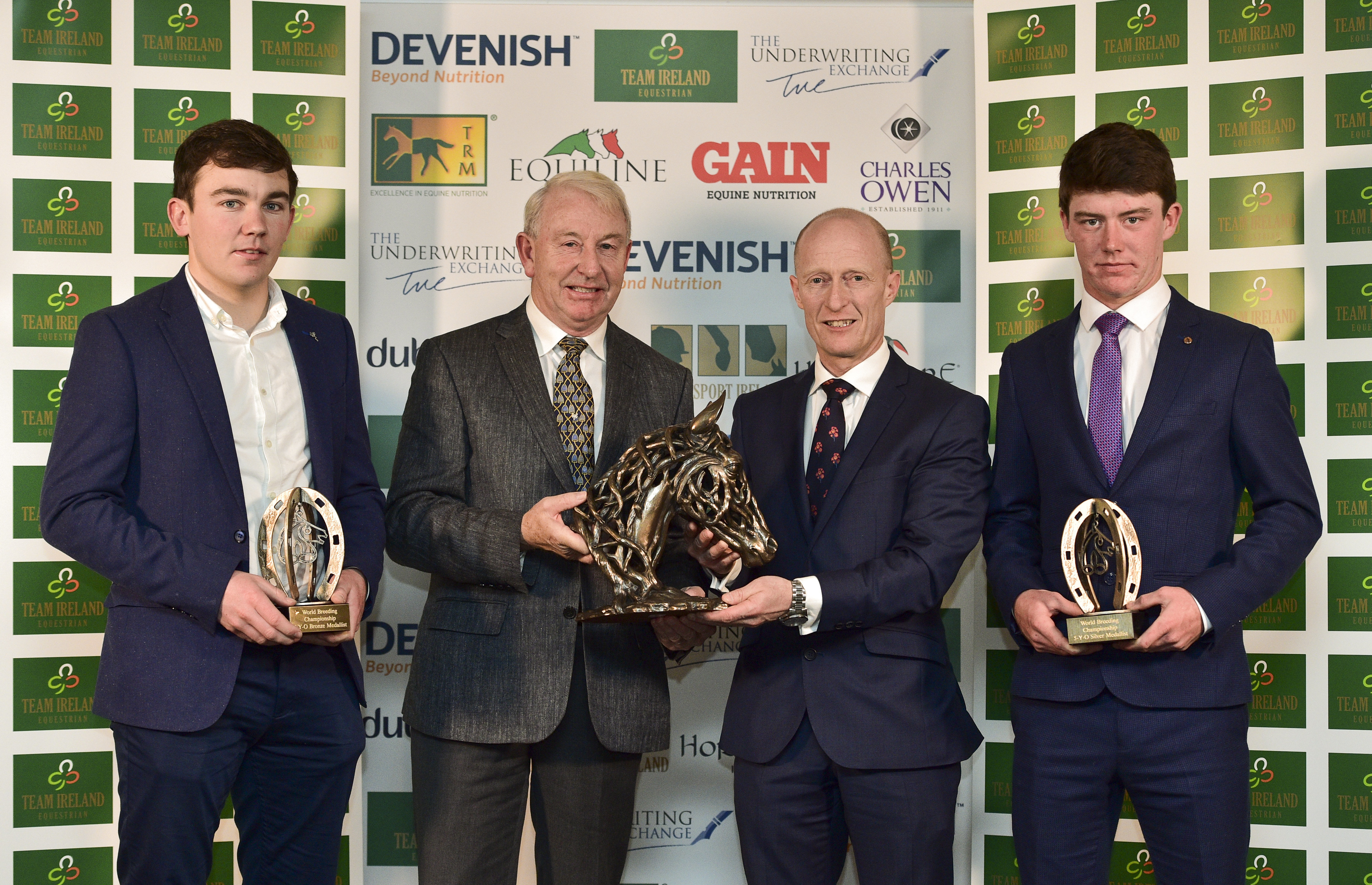 At Youth level, Irish riders claimed no less than seven team and individual medals at the Longines FEI European Championships. 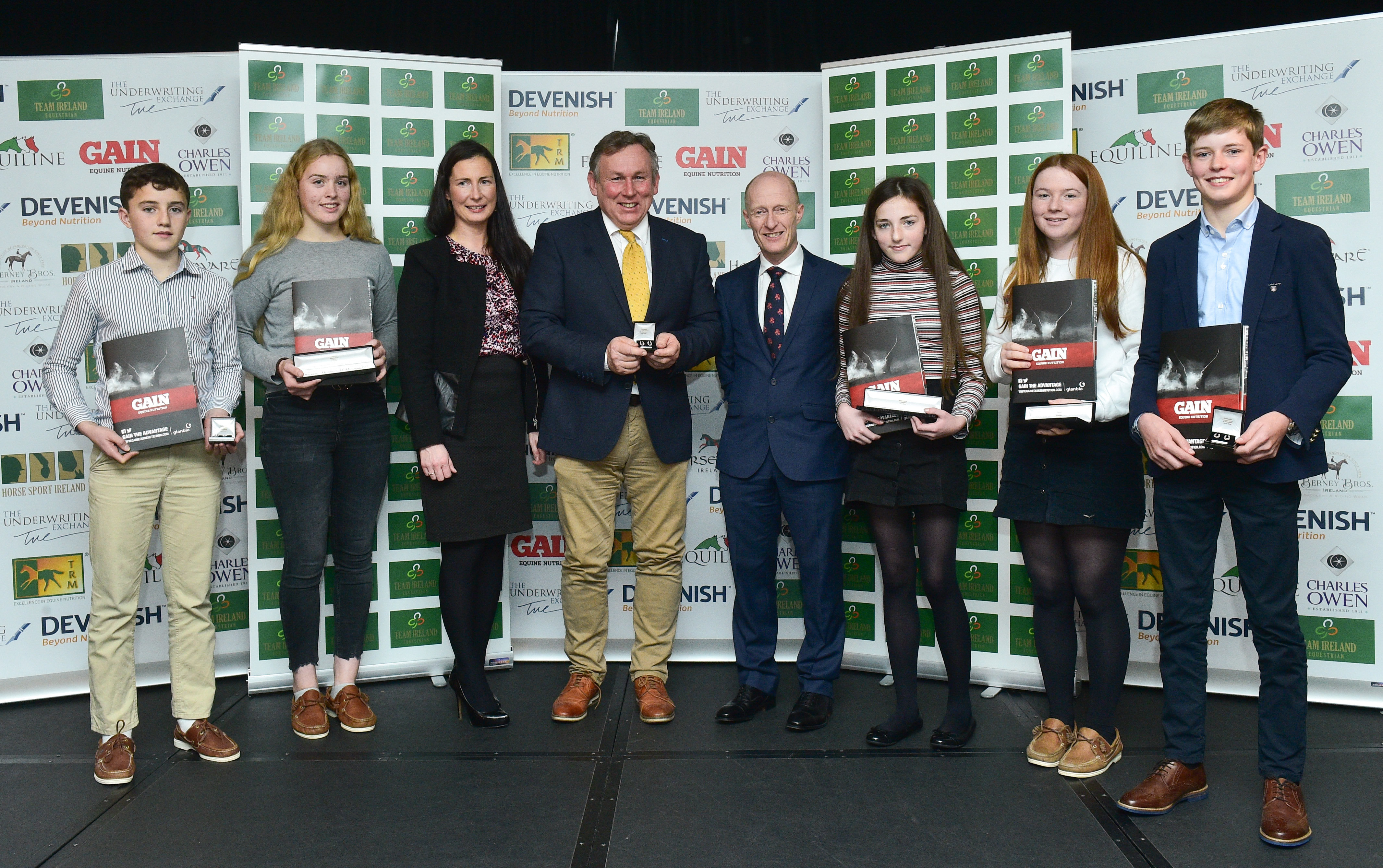 Tipperary’s Max Wachman claimed the Under 16 (pony) European Championship silver medal, with Ireland narrowly missing out on a team bronze by just one place. 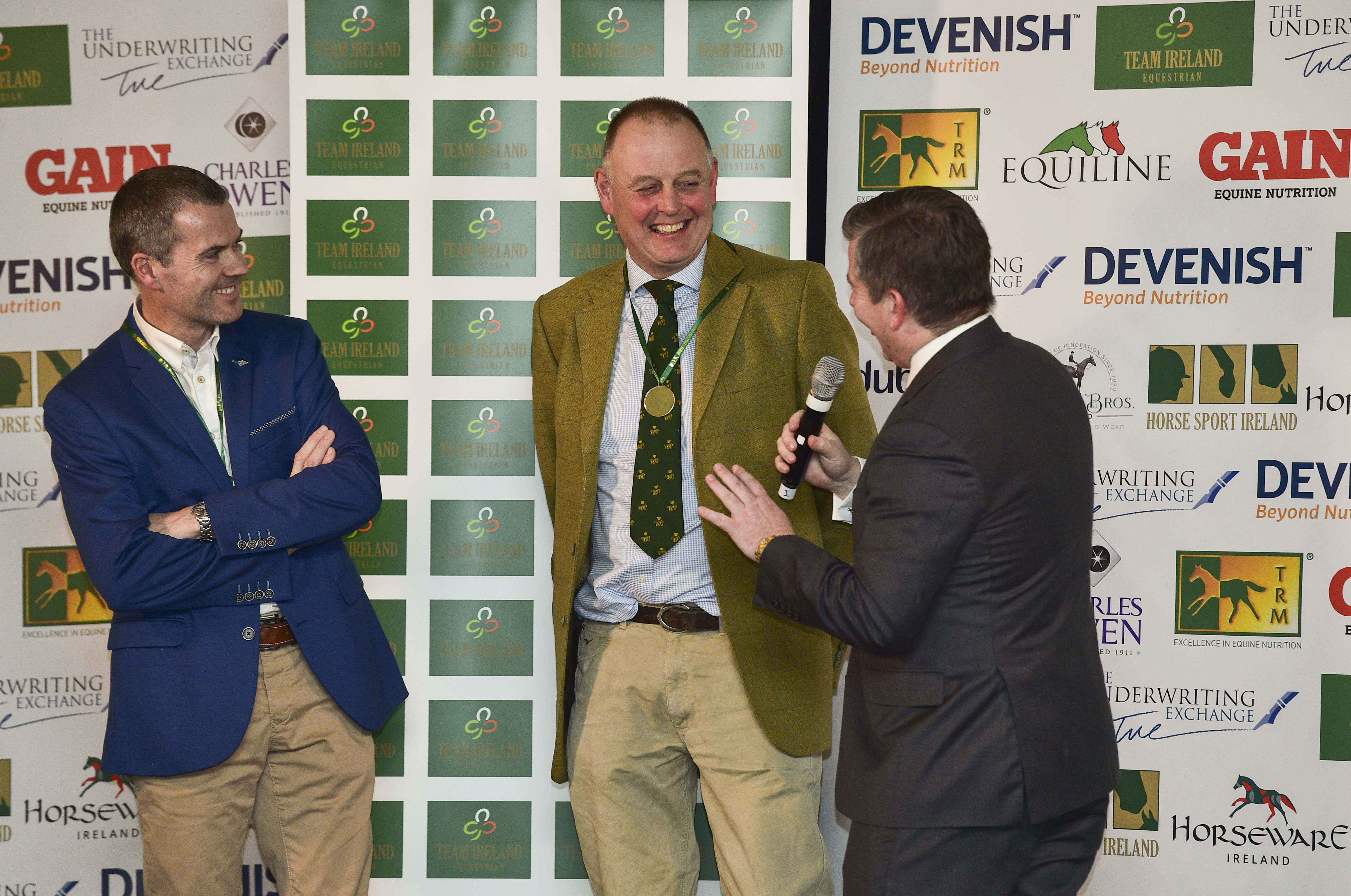 In his opening speech, Horse Sport Ireland CEO Ronan Murphy welcomed those who had gathered to celebrate and recognise the historic achievements of Ireland’s Equestrian teams during 2018. He outlined that so far this year, almost 700 Irish equestrian athletes have represented Ireland at international competitions in over 30 different countries and on four different continents. He thanked the owners of all the horses who represented Ireland during the year and also thanked Sport Ireland for their support and contribution to the High Performance Programmes. 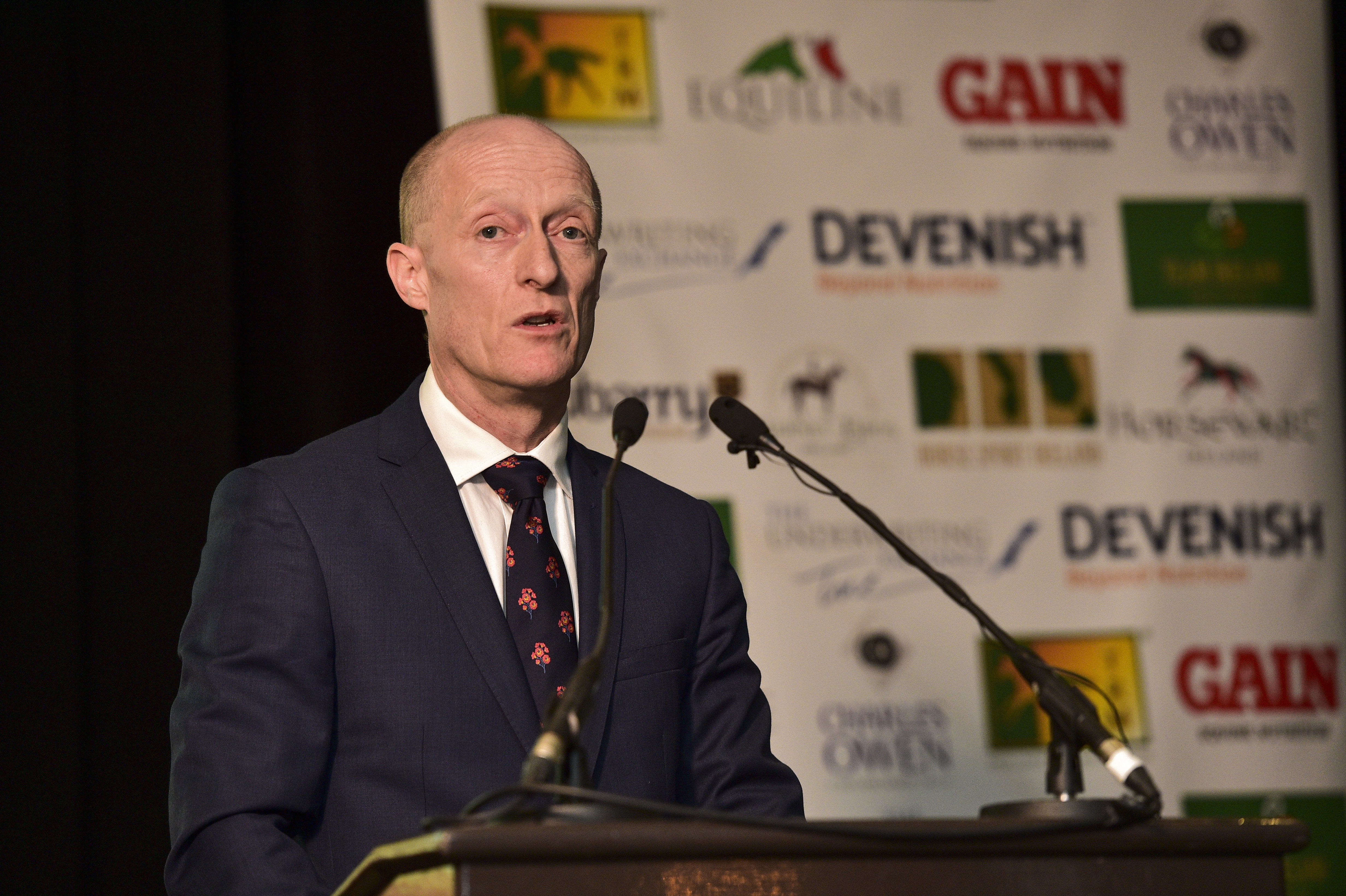 Murphy stressed the important role that all of Horse Sport Ireland’s High-Performance Directors have played in the success this season. He finished by complimenting all Irish riders on their outstanding results:
“I would like to say to the riders, on behalf of everyone from Horse Sport Ireland, that what you have achieved in 2018 is truly inspiring. We are very fortunate in that Team Ireland has an increasing number of exceptionally talented riders capable of competing at this level.” 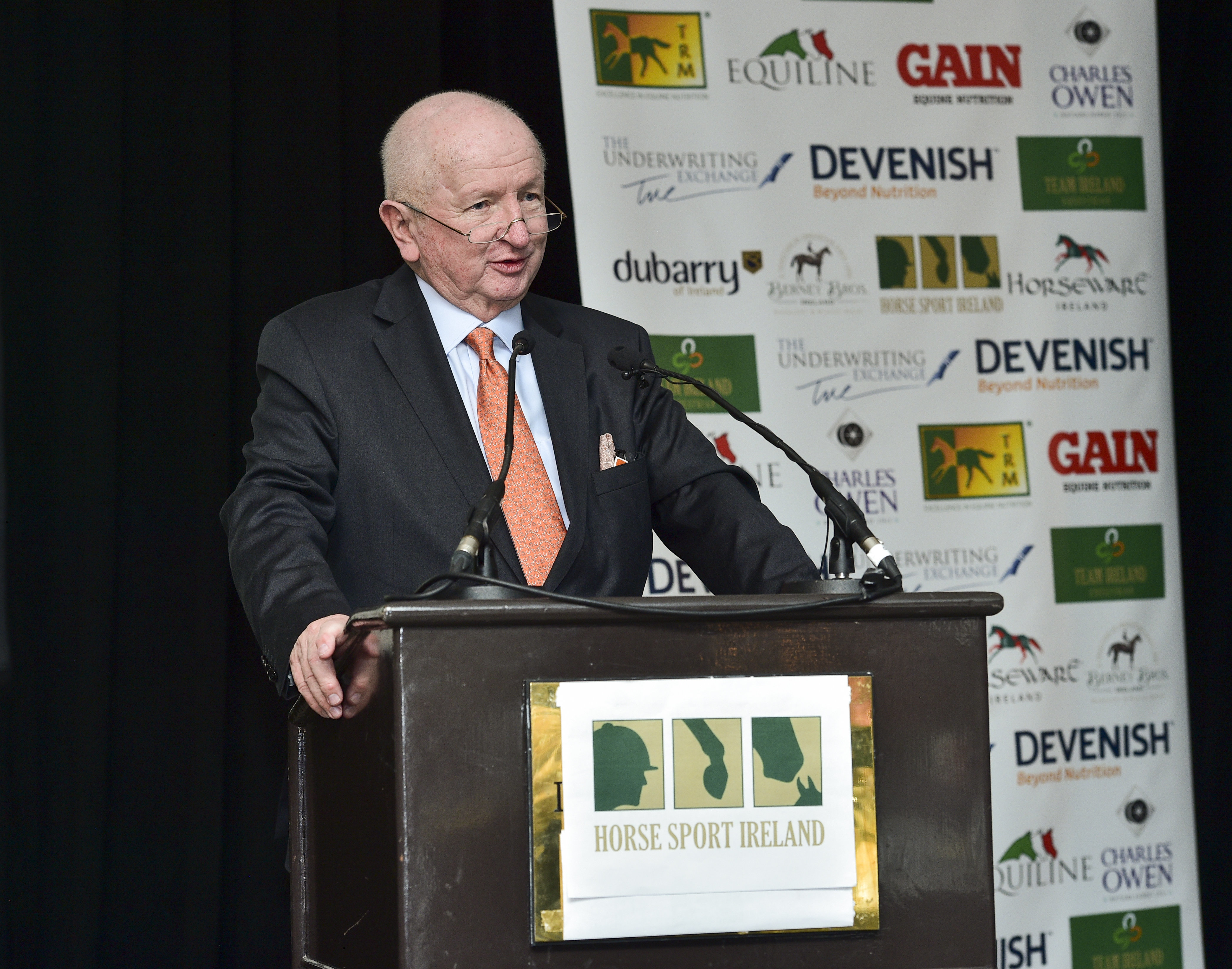 In his closing speech, Chairman of Horse Sport Ireland Joe Reynolds (pictured) commented that HSI are “very lucky to have a “dream team” of riders and support staff, particularly when you see the number of young people who have won medals and you would have to say the sport is in a good place and it looks extremely good for the future.”

Top
We use cookies to ensure that we give you the best experience on our website. Using www.trm-ireland.com means you agree to our use of cookies.AcceptRead more